The U.S. Department of Energy (DOE) Carlsbad Field Office (CBFO) is committed to the protection of the workers, the public and the environment. The DOE owns and oversees the operation of the Waste Isolation Pilot Plant (WIPP), the nation’s only deep geologic repository for defense-related transuranic (TRU) waste and the National TRU Program (NTP).

The mission of the CBFO is to provide safe, compliant and efficient characterization, transportation and disposal of defense-related TRU waste. This includes planning and coordinating TRU waste activities under the NTP related to the characterization, treatment, packaging and transportation of TRU waste at waste generator sites. Only TRU waste that meets the requirements of the Waste Acceptance Criteria (WAC) can be permanently emplaced in WIPP. 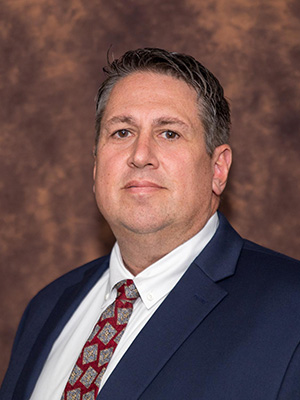 Reinhard Knerr is the Department of Energy Office of Environmental Management’s manager of the Carlsbad Field Office.

Knerr comes to Carlsbad from the Portsmouth Paducah Project Office in Lexington, Kentucky, where he was DUF6 Federal Project Director, overseeing the DUF6 conversion facilities at the Portsmouth and Paducah sites as well as a Record of Decision for disposition of depleted uranium oxide from the two sites.

Knerr has previous project experience with the WIPP site as transuranic waste certification team leader. He also has more than nine years of experience as a nuclear criticality safety engineer supporting contractor operations at the Pantex Plant in Amarillo, Texas.

Knerr has held leadership and strategic planning roles at the Paducah site since 2004, including managing environmental remediation work, transitioning the Gaseous Diffusion Plant from the United States Enrichment Corporation back to the Department of Energy and initiating utility and infrastructure optimization projects, among others.

Knerr, who assumed his CBFO role in July 2020, holds a Bachelor of Science degree in nuclear engineering from Penn State University. 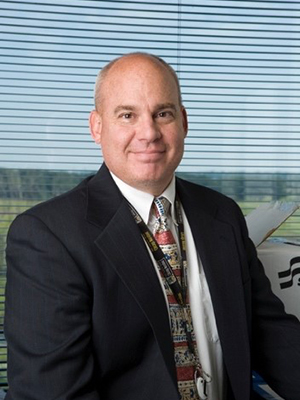 Mark Bollinger comes to CBFO from DOE Office of Science’s Fermi Site Office, where he served as Deputy Manager since 2007.

He is no stranger to the Office of Environmental Management, though, having worked in EM from 1992 to 2001, during which time he helped found and lead the DOE Center for Risk Excellence. Marks’s EM contributions included supporting cleanup at RMI Titanium, Site A/Plot M, and in Ames, IA. He was a Program Manager for EM’s Waste Management leading Low Level Radioactive Waste and Waste Minimization programs. Mark’s previous positions in DOE have also included leading a critical effort to bring nuclear compliance to the DOE New Brunswick Laboratory as Acting Laboratory Director from 2015 to 2016, as well as working with the Office of Science’s Chicago Integrated Support Center and with the National Nuclear Security Administration’s Plutonium Disposition Program.

Mark is a 2003 DOE Executive Potential Program graduate and has completed assignments with the Federal Emergency Management Agency, the Nuclear Regulatory Commission, DOE Headquarters, the Brookhaven Site Office and the Princeton Site Office. He has supported the DOE National Emergency response effort including an assignment to the U.S. Virgin Islands after hurricanes Irma and Maria.

Prior to joining the Department, Mark conducted research on behalf of Proctor and Gamble and was an Environmental Scientist for the State of Indiana’s environmental regulator, the Indiana Department of Environmental Management.

Mark holds an M.S. in Environmental Science from Indiana University and a Bachelor’s degree in Biology from IU. 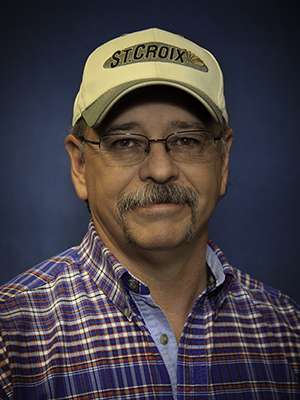 George Basabilvazo has been with the DOE for over 26 years and currently serves as the Chief Scientist for the Carlsbad Field Office. Prior to his role as Chief Scientist, George served as the Director for the Environmental Protection Division. George holds a Master’s degree in Geology/Earth Science from New Mexico State University. 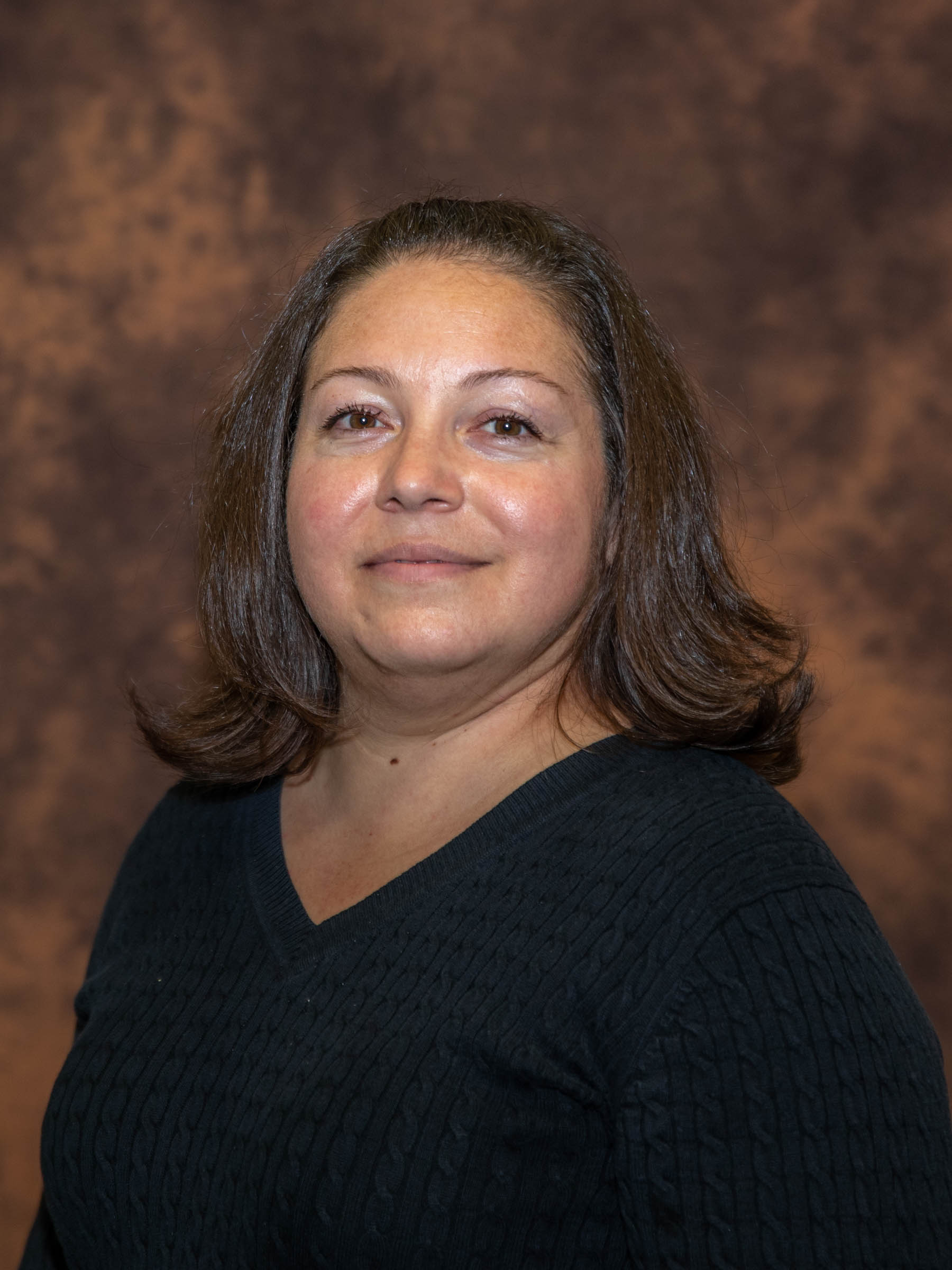 Janelle Armijo has 18 years’ experience with DOE and currently works in the EM Carlsbad Field Office as the Federal Project Director (FPD) for the Safety Significant Confinement Ventilation System, Utility Shaft, and Hoisting Capability line-item capital asset projects. Previously she worked for the DOE National Nuclear Security Administration (NNSA) as a HQ Project Manager for approximately 3 years, managing a portfolio of projects ranging from $53M to $1.25B in a variety of critical decision phases. She also worked in the field on 4 line-item projects (including a Hazard Category 2 Nuclear Facility) across 3 NNSA sites, managing projects totaling more than $500M. Her early years with NNSA were as a Facility Representative, assigned to 2 mission critical facilities at Sandia National Laboratories (SNL). Janelle received a DOE Project Management Achievement Award in March 2018 for her work on the Transuranic Waste Facility project at Los Alamos National Laboratory. She was honored by the NNSA Administrator with an Administrator’s Coin in May 2014 for the Test Capabilities Revitalization Phase 2 project at SNL and received the Secretary of Energy Achievement Award in April 2012 for the Ion Beam Laboratory project at SNL. Janelle received her Bachelor of Science in Mechanical Engineering from New Mexico State University and holds a Project Management Professional certification from the Project Management Institute. 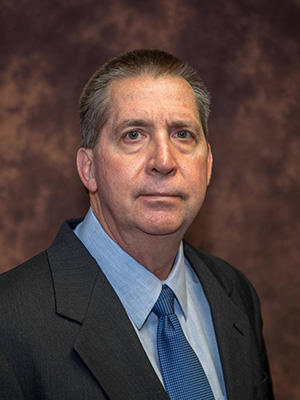 Mr. Hall has served as CBFO Legal Counsel since July 2016.

Prior to taking the position with CBFO, Mr. Hall served as Deputy Chief Counsel and Senior Civilian Attorney at White Sands Missile Range from 2009 to 2016, as an Airports & Environmental Law Attorney for Federal Aviation Administration, and as the Environmental Law Specialist at Fort Bliss, Texas & New Mexico. 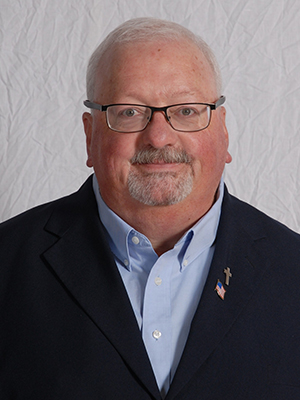 J.R. Stroble is the Director of the Office of Business Operations for the U.S. Department of Energy, Carlsbad Field Office. Mr. Stroble has been a leader at WIPP for over 30 years, and has many years of federal and contractor experience in radioactive waste management, regulatory compliance, engineering, business and program management. He is a certified Project Management Professional, a subject matter expert in TRU waste certification and has played a significant role in the 20 plus years of TRU waste shipments to WIPP. Mr. Stroble has a B.S. Degree in Engineering from Texas Tech University, he is married with 4 children and 3 grandchildren, and is a local church leader.


James Garza is the Assistant Manager for the Office of WIPP at the Carlsbad Field Office (CBFO).

The CBFO provides federal oversight operations at the Waste Isolation Pilot Plant (WIPP), the nation’s only geological repository for defense related nuclear materials. He has 30 years of nuclear industry experience within the DOE complex. Selected as the Assistant Manager for the Office of WIPP in February 2018, he is responsible for all operations associated with WIPP that included: conduct of operations, industrial hygiene, radiological controls, fire protection, nuclear safety, technical safety requirements, configuration management, ISMS, industrial safety, OSHA, quality assurance, environmental compliance, criticality safety, contractor assurance, training and the Mine Safety and Health Administration. He arrived at CBFO as the Facility Oversight Division Director, in 2015.

Previously, Mr. Garza worked at the Advanced Test Reactor (ATR) at the Idaho National Laboratory (INL) in Operations and Training from 1988 till 2006. Mr. Garza was a Shift Supervisor (SS) of one of the ATR operating crews and also held the positions of Outage Coordinator, Emergency Action Manager, Lead Nuclear Simulator Instructor and Nuclear Training Supervisor for Operations and Technical staff.

Mr. Garza goes by Ed to all who know him. He holds a Bachelor of Science degree in Chemistry from Texas Tech University. He is a rabid Texas Tech football fan, a former trainer of Arabian show horses, a single digit handicap golfer and an expert skier.


Kenneth Princen is the Assistant Manager for the National Transuranic Program at the U.S. Department of Energy's Carlsbad Field Office (CBFO). The CBFO provides federal oversight of the Waste Isolation Pilot Plant (WIPP), the nation's only geological repository for defense related nuclear materials. The National Transuranic (TRU) Program is responsible for the acceptance of transuranic waste and safe shipment to WIPP from DOE laboratories and former nuclear weapons production cleanup sites. He was selected as the Assistant Manager in February 2018.

Kenneth arrived at CBFO in 2015 as a facility representative providing oversight of contractor activities related to operations, environmental, nuclear safety, industrial safety and health, and contract compliance at WIPP. He also served as the Readiness Review Program Coordinator and Contractor Assurance Oversight Program Lead during the WIPP recovery effort, where he also supervised a team of federal facility representatives. He later assumed the role of Acting Facility Oversight Division Director, supervising oversight of contractor performance in the operation of WIPP waste handling and emplacement, maintenance, and mining operations at the WIPP facility.

Prior to his arrival in Carlsbad, he was Principal Nuclear Facility Operations Specialist at the Device Assembly Facility at the Nevada National Security Site (NNSS) in Las Vegas for National Security Technologies, LLC. He also worked as a Protective Force Lieutenant for Wackenhut Services Inc. at NNSS. Kenneth previously served as a Patrol Officer in Montrose, Colorado.

From 1999 to 2004, he was a Submarine Warfare Officer in the U.S. Navy where he served in various engineering, electrical, fire control and Anti-terrorism/Force protection positions. He began his military service in the U.S. Marine Corps where he attained the rank of staff sergeant and served as the non-commissioned officer in an infantry surveillance, and target acquisition platoon, performing reconnaissance for a deployed battalion landing team. He was selected for officer training based on his superior performance and leadership potential.

Kenneth holds a Bachelor of Science degree from Oregon State University and Master's degrees in Management from American Military University and Public Administration from Walden University.