What happened at WIPP in February 2014

Two isolated events took place at the Waste Isolation Pilot Plant (WIPP) in February. On February 5, a salt haul truck caught fire. Workers were evacuated, and the underground portion of WIPP was shut down. Six workers were treated for smoke inhalation.

Nine days later, late in the evening of February 14, a second, unrelated event occurred when a continuous air monitor (CAM) alarmed during the night shift. Only 11 employees were at the WIPP site on the surface, and no employees were in the underground. Two other WIPP employees reported to the site a couple of hours later. The CAM measured airborne radioactivity close to the operating location where waste was being emplaced. Ventilation air is pulled from the underground repository by huge fans on the surface. This exhaust consists of unfiltered air.

Salt hauling truck after the fire 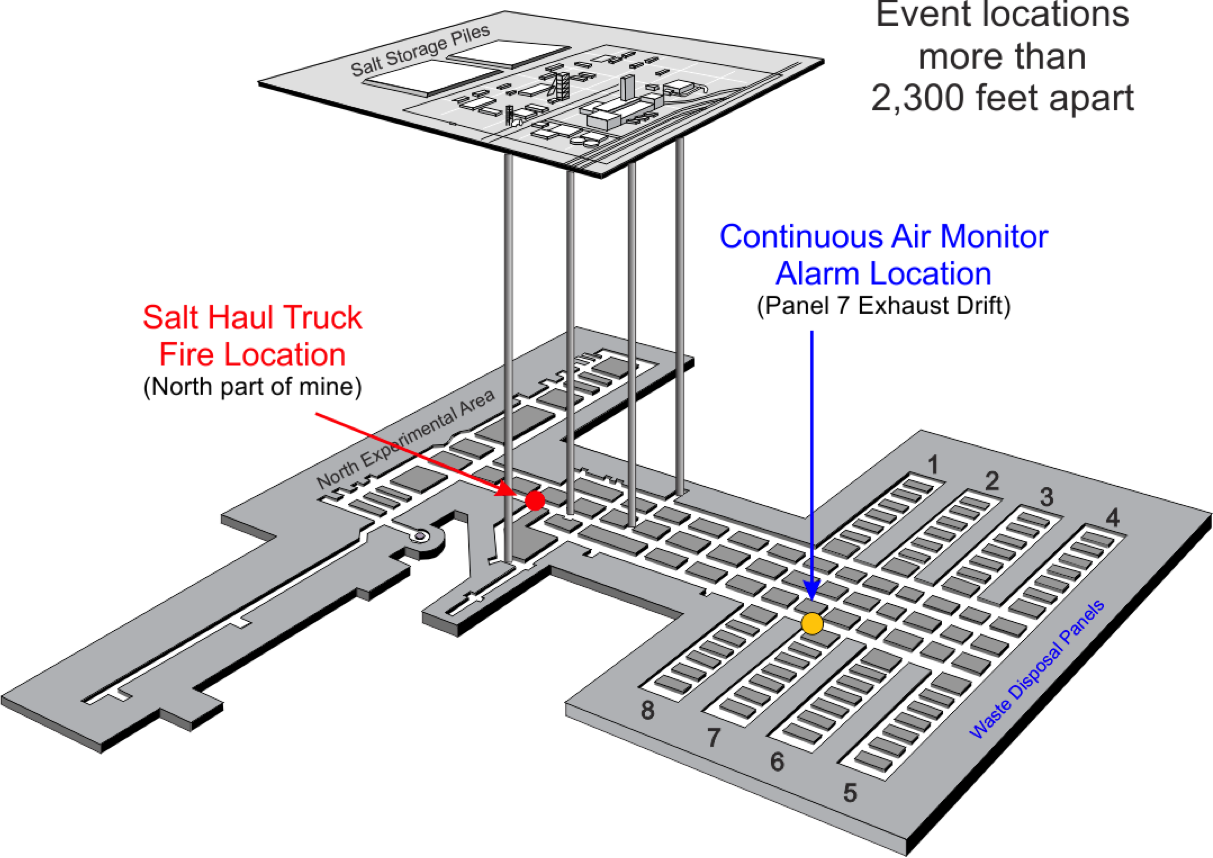 The next day, an aboveground exhaust air monitor on the WIPP site detected very low levels of airborne radioactive contamination. The 140 employees at the site were kept indoors as a precaution, and non-essential personnel were later released via surveyed routes. 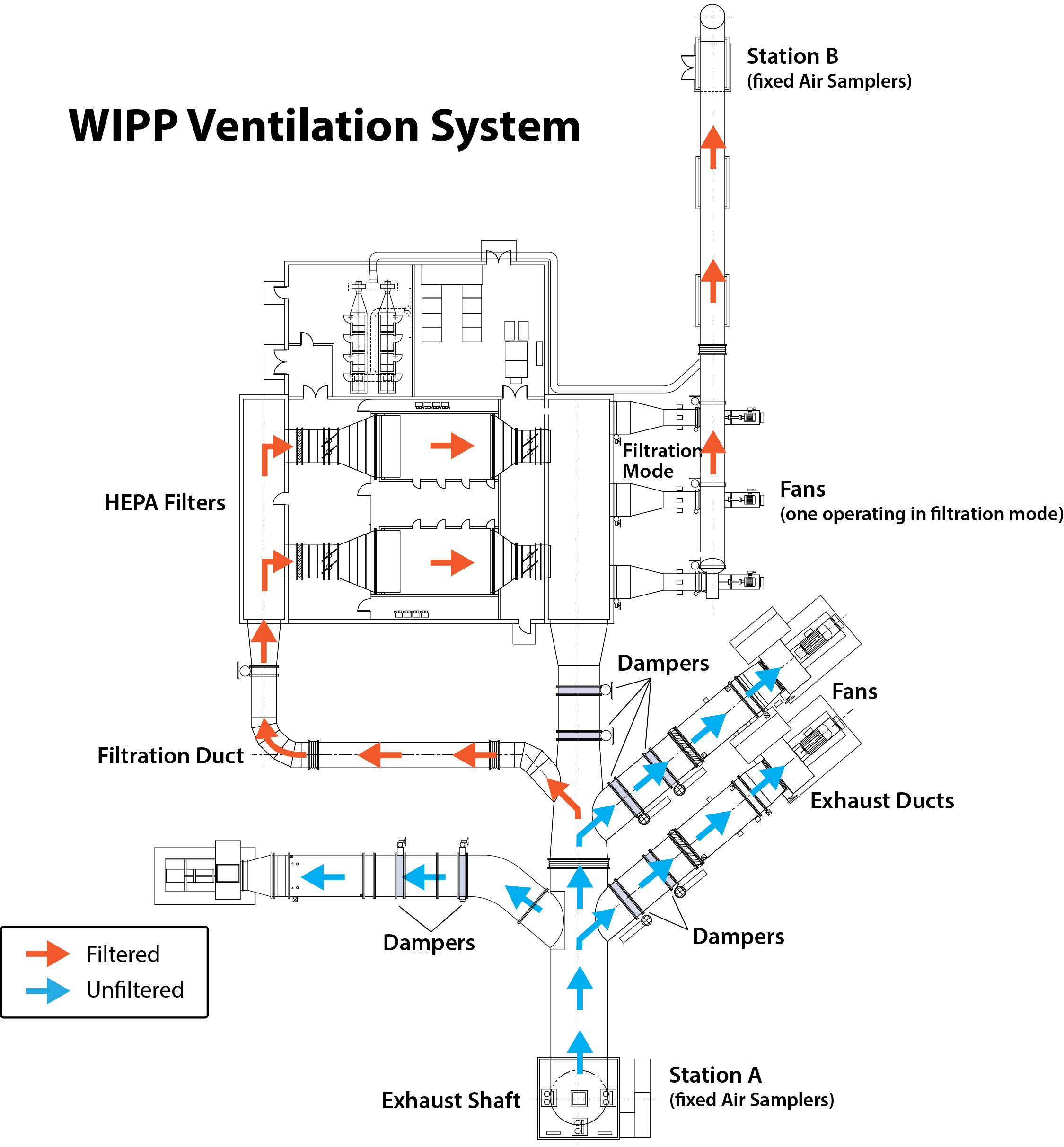 As a result of the February events -- the February 5 salt haul truck fire and the February 14 radiological release -- the Department of Energy (DOE) established two Accident Investigation Boards (AIB) to assess the WIPP safety systems programs and processes at the federal and contractor levels. These investigations include analysis of training and qualifications, maintenance, and emergency management response to the events. The AIBs use a rigorous process to investigate events that had, or potentially could have had, a negative impact on employees, the public or the environment. The DOE Carlsbad Field Office and its contractor, Nuclear Waste Partnership, made every aspect of WIPP operations available to the investigation teams. The AIBs develop Judgments of Need (JON) that form the basis for corrective actions designed to prevent the recurrence of events. DOE Headquarters, the Carlsbad Field Office and Nuclear Waste Partnership will develop and implement these corrective actions as part of the recovery process. The AIB report on the haul truck fire was issued March 7, 2014.

The AIB report on the radiological event was issued in two phases. Phase I focused on the release of radioactive material from the underground to the environment and the follow-on response to the release. The Phase I AIB report was issued April 24, 2014.

Phase II focused on the cause of the radiological release, with the AIB concluding that the release was caused by an exothermic reaction involving the mixture of organic materials and nitrate salts in one drum that was processed at Los Alamos National Laboratory in December 2013. The Phase II AIB report was issued April 16, 2015.