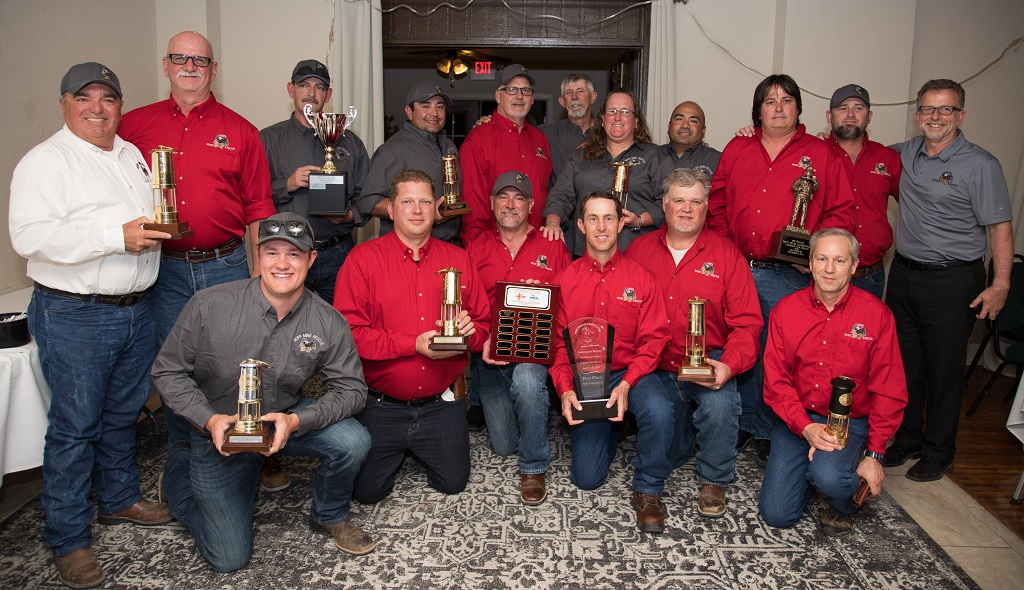 "All of us at WIPP are extremely proud of our teams." said Bruce Covert, President and Project Manager for Nuclear Waste Partnership, the contractor that runs the WIPP site. "We have some of the best teams in the nation and this just shows the amount of effort that these guys put into their training."

Mine Rescue teams are specialized teams that are called upon in situations requiring investigations or in underground rescue scenarios. Contests are designed to test the skills and knowledge of team members responding to a mine emergency. The event required team members to solve several hypothetical problems while being timed and observed by judges both in the field and in the use and maintenance of their equipment.

Aside from WIPP other teams in the contest included Mosaic, Intrepid, Solvang and Carmeuse.