The room dedication ceremony was held underground in Panel 8, Room 1. Waste emplacement began in the newly-mined Panel 8 last month. The ceremony included the installation of a roof bolt plate signed by Heaton. Bolts are regularly installed to slow the natural movement of salt rock in the underground repository.

Heaton was thanked for the incredible number of volunteer hours he spent in public service throughout his time as a state representative and beyond. Speakers noted that over the years, he built many strong connections at all levels of government and with officials on both sides of the aisle, which made him a very effective public servant.

Heaton was also lauded for his ability to provide valuable insight to the groups he served because of his understanding of the political process and strong Site Visit continues on next page Merry Christmas! technical background, and he was praised for remaining vigilant regarding health and safety, which helped to assure the public that WIPP is a safe project. 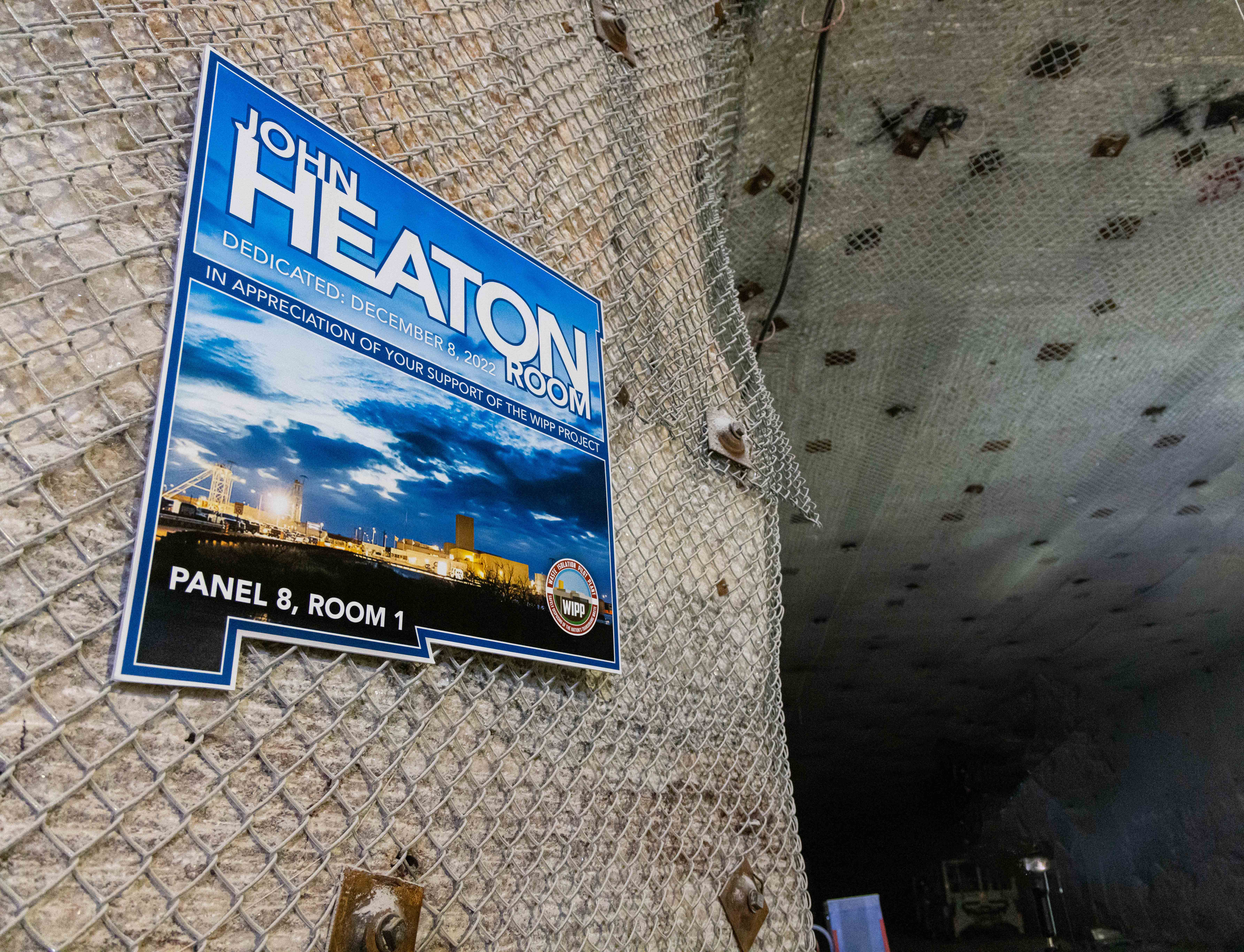 In Panel 8, White also traveled to Room 7, where waste is currently being emplaced. Rooms in each panel are filled beginning with Room 7 and moving to Room 1 at the front of the panel. Each room is 33 feet wide and 300 feet long, the length of a football field minus the end zones.

Also underground, White went to the West Mains area, where mining is being conducted to connect a new utility shaft to the rest of the repository.

Above ground, White toured the Waste Handling Building, where TRUPACT shipping containers are opened to remove waste containers prior to being moved underground.

White also visited the utility shaft and the Safety Significant Confinement Ventilation System (SSCVS) capital project sites. The utility shaft will be WIPP’s largest shaft and will provide air into the mine, with a final depth of 2,275 feet. To date, there have been more than 140 blasts conducted, bringing the current depth to over 760 feet. At the SSCVS site, visible progress continues on both of the major structures, the New Filter Building and the Salt Reduction Building. The SSCVS will be the largest containment fan system among DOE facilities.