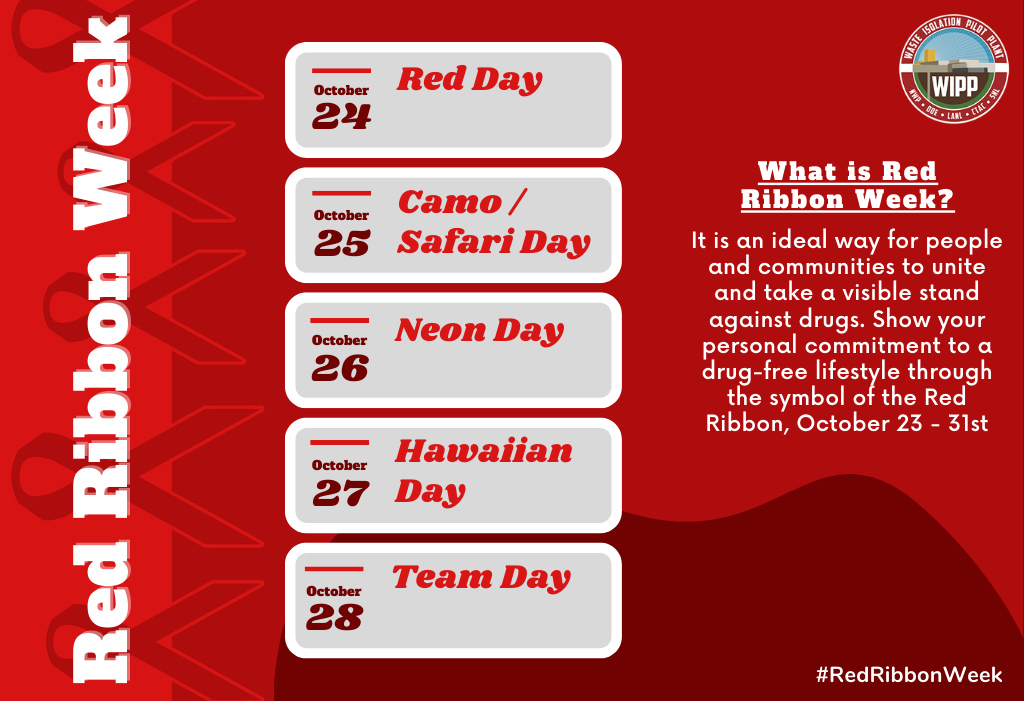 Red Ribbon Week raises awareness of drug use and the problems related to drugs facing our community, and encourages parents, educators, business owners and other community organizations to promote drug-free lifestyles. The campaign brings everyone together as we look for ways to keep kids and communities drug free.

In 1985, Drug Enforcement Administration Special Agent Enrique S. "Kiki" Camarena was killed by drug traffickers. Shortly after his death, citizens from his hometown of Calexico, California, began wearing red ribbons to remember him and commemorate his sacrifice. The first official Red Ribbon Week celebration was created by the National Family Partnership in 1988. NFP continues to coordinate the campaign for families, schools and communities across the nation each year. Since then, the red ribbon has symbolized a continuing commitment to reducing the demand for illicit drugs in our communities.

During the last week of October, WIPP Employees showed their support and commitment to a drug-free community by taking part in the daily themes put on by the Communications Department.