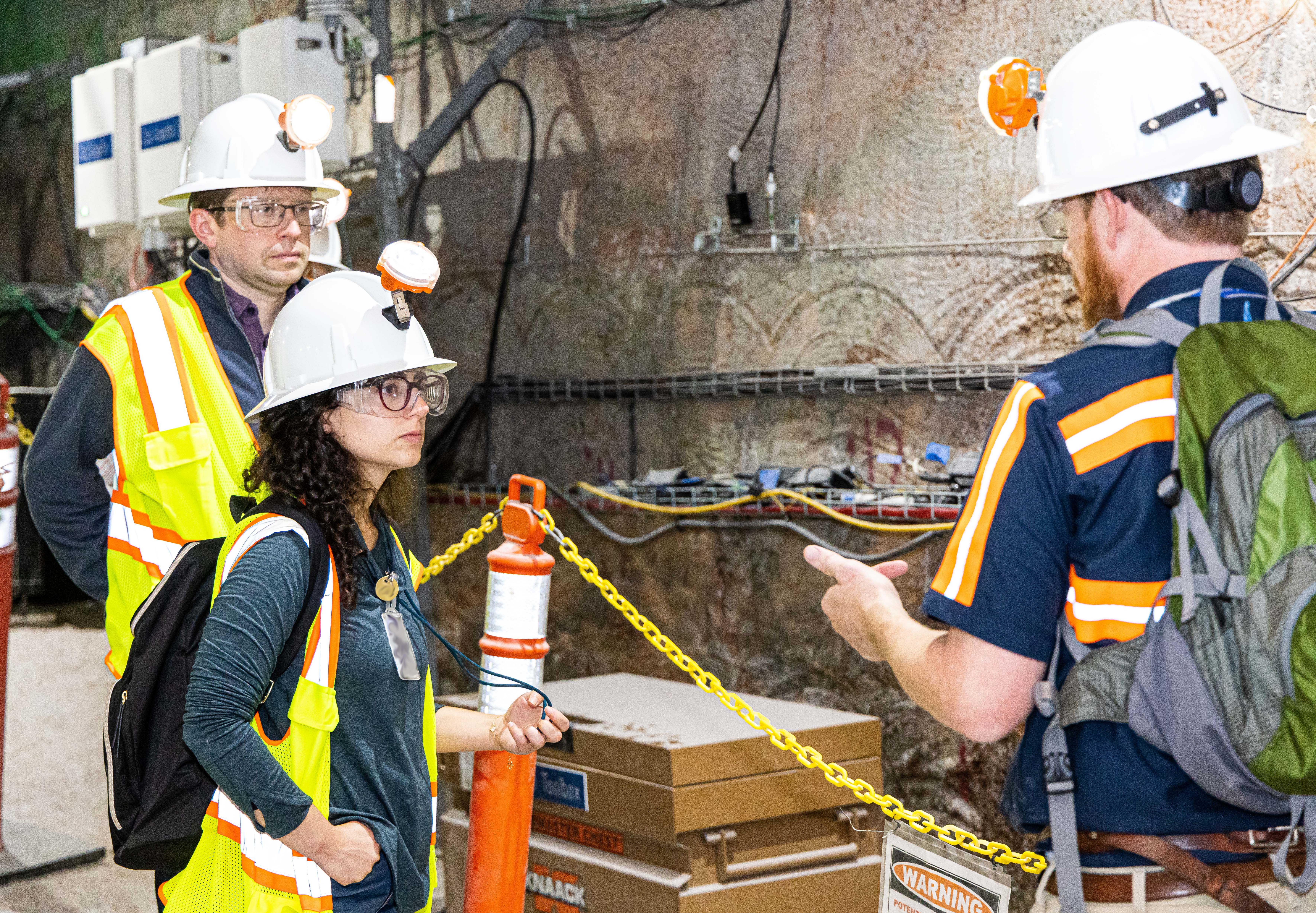 DECOVALEX stands for DEvelopment of COupled Models and their VALidation against EXperiments. The project encourages research teams to learn from one another as they compare their numerical models against experimental data and other models, including research conducted at WIPP.

Kristopher Kuhlman, of Sandia National Laboratories, is the technical lead on the BATS experiment at WIPP and he is also task lead on one of the DECOVALEX model comparison tasks (Task E) using BATS observations as part of its comparison. BATS is an ongoing research project funded by the US Department of Energy Office of Nuclear Energy’s Spent Fuel and Waste Science and Technology office, involving researchers from Sandia, Los Alamos, and Lawrence Berkeley national laboratories.

The objective of the BATS project is to better understand how salt and very salty water behave near hot nuclear waste containers in some future salt-bed repository. The information and data gained from this experiment will be used to improve computer models of the complex chemical, temperature, water based and physical interactions taking place underground.

Waste permanently disposed at WIPP does not produce heat, but WIPP allows the researchers access to the salt to conduct their experiments for the benefit of a possible future repository in salt. The BATS experiment includes a heated horizontal borehole surrounded by 15 observation boreholes and a similar array of unheated boreholes for comparison. These boreholes were created inside of the salt beds for the experiment. “Our team is interested in how heat changes the way liquids and gases move through and interact with salt. Salt behaves much differently when it is hot,” said Kris Kuhlman, Sandia National Labs geologist.

The meeting in Albuquerque and the WIPP tour in November gave the international Earth and nuclear scientists an opportunity to collaborate and view the BATS experiment in person. Continual dialog among this group will ensure the long term safety of nuclear repositories and improvement of our understanding and ability to predict radioactive waste behavior not only at WIPP but at future high-level waste repositories all over the world.