“The return to normal emplacement activities has allowed us to increase waste handling efficiencies,” said Sean Dunagan, president of Nuclear Waste Partnership, the WIPP maintenance-and-operations contractor. “Crews recently achieved over a 50 percent increase in our underground waste emplacement capacity. This has led to an increased WIPP capacity in accepting shipments and will lead to cleaning up generator sites quicker.”

In November, crews emplaced the first container of defense-related waste in WIPP’s new Panel 8, cut from an ancient salt bed 2,150 feet beneath the surface. Panel 8 consists of seven emplacement rooms, each measuring 33 feet wide, 16 feet high and 300 feet long, the length of a football field minus the end zones. 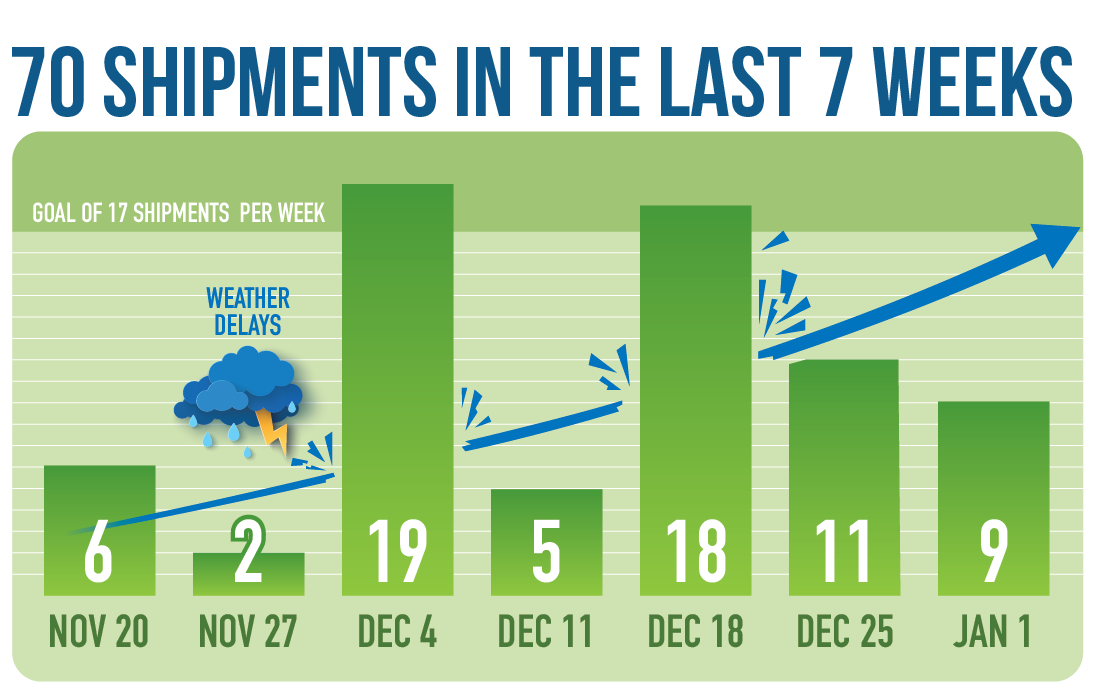 In the first three weeks of Panel 8 use, shipment numbers were kept in the single digits as crews refined new procedures in the underground.

WIPP has received 70 shipments since Panel 8 emplacements began, including 55 from the DOE Idaho National Laboratory Site, 14 from the EM Los Alamos Field Office and one from Savannah River Site.

WIPP shipment totals have increased since the coronavirus pandemic, when shipments dipped to an average of five per week.

“It is our goal to continue steady, safe and compliant operations so we can return consistently to those levels in the very near future,” Dunagan said.