Mine Rescue Teams Work Together To Be Prepared

2022: Another Year of Progress


Workers at WIPP continued making progress on a number of important projects in 2022 ─ led by the largest construction effort at the site in 30 years ─ and paved the way for greater efficiency with the final emplacement in Panel 7.

The Safety Significant Confinement Ventilation System (SSCVS) under construction will greatly increase airflow underground when completed. In 2022, the skyline for the SSCVS New Filter Building ─ where 1,000-horsepower fans will pull air through HEPA filtration ─ changed dramatically with the construction of the building’s walls.

Changes to the interior of the SSCVS Salt Reduction Building could also be seen, as the structure was outfitted with electrical, fire protection and utility systems. Construction crews also initiated the installation of several major systems, including salt reduction units, de-misters, de-dusters, and booster fans.

Progress also continued on another key project, the new Utility Shaft, which will serve as the massive air intake for the new ventilation system. Excavation of the shaft has now surpassed 700 feet of its projected 2,275-foot depth. It will be WIPP’s largest shaft at 26 feet in finished diameter.

As Panel 7 neared capacity, crews outfitted Panel 8 with power, communications, and air monitors. Because of the natural movement of salt, mining and outfitting are timed so that a disposal panel is only ready when it is needed.

Panel 7 was officially filled in October. Now that Panel 7 has been sealed, waste emplacement has begun in Panel 8 and can move at a faster pace since workers are no longer required to wear respirators and protective clothing due to contamination issues.

In November, waste entered the newly-mined Panel 8, which marked the end of protective clothing and respirators during waste emplacement. That requirement had been in place in Panel 7 for the last six years. 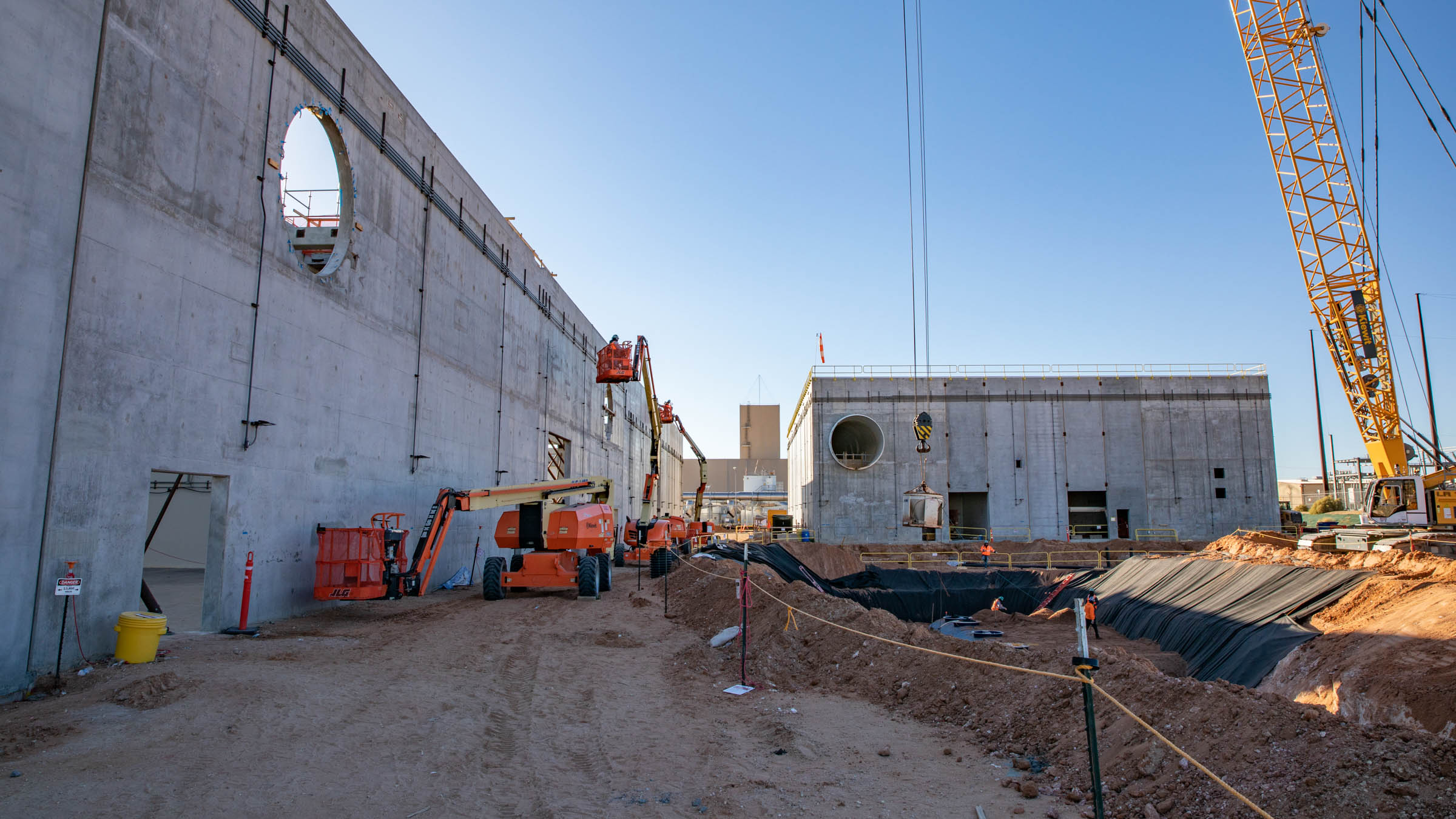 In 2022, there was also major progress on the Safety Significant Confinement Ventilation System, which will be the largest containment fan system in the DOE complex. 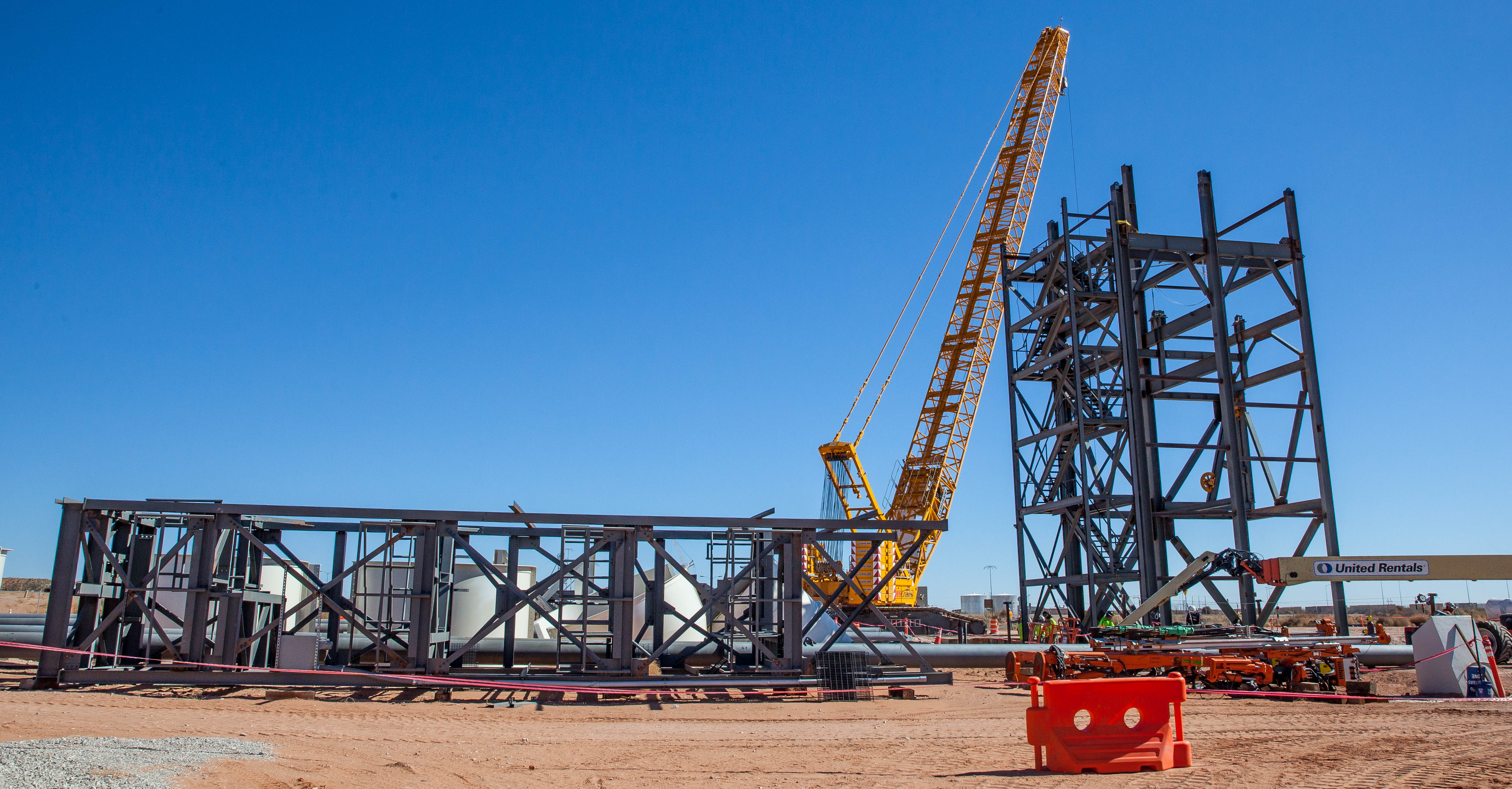 Early in 2022, the new Utility Shaft headframe, was lifted into place. The frame supports a work platform (or Galloway), which is needed for blasting and excavation operations in the new shaft.

“WIPP continues to make history every day that we are in operation, supporting our nation’s critical defense mission by permanently disposing of defense transuranic waste. We continued to improve WIPP’s infrastructure in 2022, ensuring that we can safely continue our mission for decades to come. WIPP employees are among the best of the best, and I’m proud to lead this team.” - Reinhard Knerr, Carlsbad Field Office Manager

WIPP’s aging infrastructure continues to receive a massive upgrade, ensuring the facility can continue to operate safely and compliantly over the next several decades.

The Central Monitoring Room, which is the brain for all WIPP operational systems, received a major upgrade.

Phases 1 and 2 of the fire loop system were completed and tied into the new Utility Shaft. Once completed, the system will provide another reliable water supply that will ensure the safety of the workforce should a fire break out.